Since 2018, TKO Presents has published some of the industry’s most critically acclaimed graphic novels by top creators. Recently, it also introduced illustrated novels by multiple New York Times bestsellers. With 9 Amazon #1 bestsellers and dozens of titles, TKO’s goal is to widen out the readership of comic books, as well as become the industry’s first vertically integrated studio by publishing books and shepherding those projects by producing and financing film and TV adaptations. Fans should look forward to more great titles from TKO as well as blockbuster film and TV projects based on our incredible library of books.

Tze (pronounced “Z”) Chun is a writer, director, producer, and visual artist based in Los Angeles, CA. Along with Salvatore Simeone, Chun co-founded TKO Studios to modernize the comic book industry, creatively and commercially. Prior to his comic book work, he was a writer/producer on Fox’s hit Batman prequel show GOTHAM and wrote on ABC’s ONCE UPON A TIME.

He also wrote and directed the award-winning films WINDOWBREAKER (Sundance 2007), CHILDREN OF INVENTION (Sundance 2009) the Bryan Cranston thriller COLD COMES THE NIGHT (Sony), as well as an episode of BAFTA-nominee LITTLE AMERICA (Apple TV+) centering around his mother's life.

He is currently creator and showrunner of an animated Gremlins prequel GREMLINS: SECRETS OF THE MOGWAI for Warner Bros and Amblin, premiering on HBO Max in 2022. He is also Executive Producer and Co-Showrunner of Boots Riley’s upcoming Amazon series I’M A VIRGO.

Sebastian Girner German-born, American-raised writer, and editor of comics and graphic novels. For over a decade he has developed, produced and creatively guided best-selling and acclaimed comic fiction, for publishers.

Sebastian Girner German-born, American-raised writer, and editor of comics and graphic novels. For over a decade he has developed, produced and creatively guided best-selling and acclaimed comic fiction, for publishers including Marvel Entertainment, Image Comics, VIZ Media and Random House. Since its launch in 2018 Sebastian has served as TKO STUDIO’s Editor in Chief.

Sebastian is also the writer of such comics as Scales & Scoundrels, The Devil’s Red Bride, and Shirtless Bear-Fighter!

He lives and works in Brooklyn with his wife (who is a teacher), their son (who is a baby) and dog (who is a very good boy). 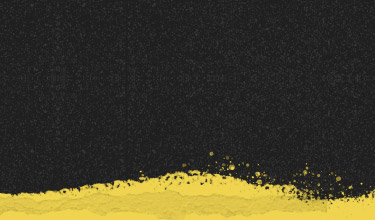 Want to get in touch?

We'd love to hear from you. Here's how you can reach us!

Want to get in touch?

We'd love to hear from you. Here's how you can reach us!